On the 29th of September 1930, Mrs. Mary Isobel Barr Smith, wife of Thomas Elder Barr Smith, laid the Foundation Stone of the Barr Smith Library. The Chancellor at the time, Sir George Murray, presided at the ceremony during which Mary Isobel was presented with a ceremonial inscribed silver trowel. He was quoted as saying  “If anything could increase our gratitude towards Mr. Barr Smith, it was that he afforded us the opportunity of asking Mrs. Barr Smith to lay the foundation stone of the building made possible by his generosity. Mrs. Barr Smith is known to many thousands of soldiers who went to the war, and many of them had occasion to be thankful to her when they were in the trenches. Her task to-day will be less onerous. It gives me great pleasure to ask Mrs. Barr Smith to accept this trowel and do us the favor of laying the stone, on and near which will rest the library presented by her husband, and named in honor of his father and one she loved so well.” (1930 ‘BARR SMITH LIBRARY’, The Advertiser (Adelaide, SA : 1889 – 1931), 30 September, p. 10, http://nla.gov.au/nla.news-article29838450) 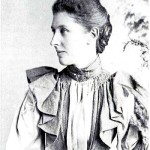 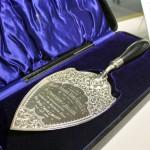 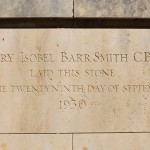 The Library was officially opened in 1932, by the Governor of South Australia, Sir Alexander Hore-Ruthven, V.C. The opening ceremony was well attended, by what was described as “a picturesque garbed gathering of guests, in which the academic dress of professors and others mingled with colored gowns of women and the more sombre attire of men.” (1932 ‘BARR SMITH LIBRARY’, News (Adelaide, SA : 1923 – 1954), 4 March, p. 3, http://nla.gov.au/nla.news-article129325452) After the ceremony, the guests got the opportunity to inspect the building, followed by an afternoon tea, which later featured in the SA Homes & Gardens magazine. The Official Opening and Inspection of the Barr Smith Library booklet, which was given to guests during the ceremony is available online as part of our digital archive. 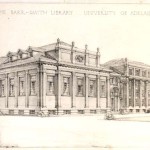 Sketch of the Barr Smith Library 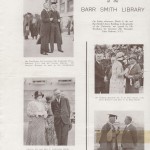 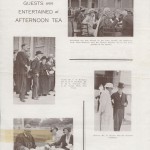 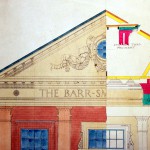 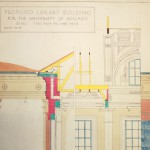 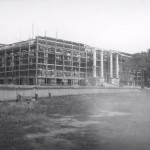 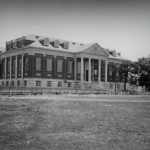 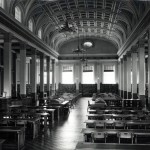 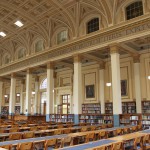 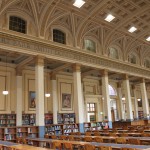 To learn more about the history of the Barr Smith Library you can check out the Stories from Archives & Special Collections webpage.

Part of this post originally featured on our Facebook page for the anniversary of the laying of the Foundation Stone, 29th September 2015. It has been expanded upon here to help celebrate the Library’s 84th anniversary.